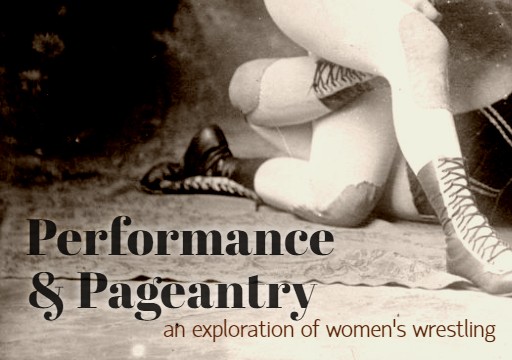 While I’m happy to highlight the flaws of our problematic fav male wrestlers, this week I had wanted to note that women wrestlers are not without dicey pasts and cringy beliefs. Canonization of noteworthy but problematic women in wrestling for the sake of their scarcity doesn’t actually benefit the whole. But when I sat down to actually do this, I kept finding that most of the scandalous history of women’s wrestling was the history of things done to women.

I suspect this is less because women in wrestling are paragons of virtue and is instead a reflection of their numbers. Within an already small minority, an even smaller number of women have historically been popular enough to have their antics committed to social memory. When Ric Flair pulled some shit in the 80’s, and Hulk Hogan in the 90’s, people kept receipts. When women got into some ugly behavior, it probably just didn’t get written down.

Without more history to draw from, the list of wrestlers I had any commentary on was pretty slim. I read AJ Mendez Brooks’ book a few weeks ago, and while I found some of her opinions regressive, none of it was noteworthy as bad. On the whole, I found her delightful and refreshingly herself. I think Ronda Rousey’s public opinions are repulsive, but there’s not a whole post’s worth of information there: she’s ignorant and gross, but doesn’t seem to be actively abusing anyone.

The only name that came up over and over again was The Fabulous Moolah. Whether or not her history of abuse was popular knowledge before WWE tried to honor her at WrestleMania 34 is an unknown to me, but the hatred is certainly earned and deserved.

This is someone who reportedly pressured wrestlers to use drugs, engaged in unfair wage tactics, kept wrestlers from career independence, promoted a gendered and sexist style of women’s wrestling, and pimped her the women in her stable without their consent (or even knowledge).

I think we can all agree that it would be irresponsible for a company to honor and promote someone like that.

If you didn’t click any of the above links, then my point was a bit wasted: the last four are about Vince McMahon.

It’s a fine line I have to walk here, and I know that. There is no point at which I want to come off as some sort of Moolah apologist. She deserves every ounce of hate she gets, and every accolade given to her should instead be used to raise up the women who somehow managed to thrive despite her.

The only time I saw anyone refute the allegations made against Moolah, it was in a single paragraph on her Wikipedia page. Five quotes1 are nowhere near enough to combat the flood of stories coming from those women. I don’t doubt it for a minute; she trained under an abusive promoter, then left the man but took the tactics with her.

I also don’t want to say that Vince McMahon is himself as abusive as Moolah was to her wrestlers. For all his many, many, many faults, I’ve never seen a story that indicates that he forces his wrestlers into sex work and is an accessory to their rape. He doesn’t seem to have physically abused anyone.2 But I couldn’t help, as I read more about Moolah, noticing that they share a handful of characteristics.

Moolah notoriously used her ownership of the women’s championship to keep herself at the top of the wrestling field. Her style of wrestling was neither particularly athletic nor engaging, and this was the style she passed on to her wrestlers as she dominated women’s wrestling in the industry. She continually put herself over her young talent, putting their careers in jeopardy and denying them opportunities to evolve beyond her.

Likewise, McMahon has a stranglehold on what “wrestling” means to the American audience at large. To this day he continues to be involved in the stories WWE tells and the wrestlers they promote. You see it time and time again among the women and men that get pushed. Vince McMahon likes his men tall and built like a brick shithouse; he likes his women busty and blonde. Wrestlers who don’t fit that mold often fail to shine unless the crowd backs them up to the point that ignoring those wrestlers would be financially stupid.

Moolah kept her wrestlers dependent on her financially. They were forced to rent from her, and pay their own utilities, on top of her getting a percentage of their pay and lying to them about what they were offered for their work.

Vince McMahon may not be so deceptive, but he certainly also keeps his workers dependent on him. It’s known that the classification of WWE workers as “independent contractors” is nonsense, but on the whole, it saves WWE a ton of money. The wrestlers are contractually obligated not to work for any other promotion, but are then also responsible for their own travel, healthcare, and ring gear. WWE provides them no retirement benefits. However, it does control their merchandising options and even their wrestling name. With WWE holding a monopoly on wrestling in the United States, it doesn’t leave a wrestler a lot of options if they don’t like how WWE does business.

The tricky thing about allegations is that they exist in the court of public opinion, and can only hold up for as long as the people are willing to talk about them. It’s an emotionally draining experience for victims, especially with a culture that wants to give abusers the benefit of the doubt and demand impossible perfection from victims. If an allegation can’t be proven in a court of law beyond a shadow of a doubt (assuming the issue makes it to court at all), then legally, it’s done.

Vince McMahon wasn’t charged with distributing steroids and encouraging their use among his wrestlers. When the verdict came in, he’s quoted as saying: “Just like in wrestling, in the end the good guys always win.” Between that and the fact that the McMahon’s don’t think that the WWE bears any responsibility for the premature death of their wrestlers, it’s clear that he doesn’t think that there’s anything intrinsically broken about the way he chooses to run his company. Lawsuits and allegations keep rolling off his back, and he probably thinks they should. He’s the good guy, after all.

Moolah’s life ended without her facing any apparent repercussions for her behavior. She’s noted as the first woman inducted into the WWE Hall of Fame, and continued to work into the early 2000s. While she was scrubbed from the women’s battle royale match at WrestleMania, there’s still has a dewy-eyed version of her legacy on the WWE website.4 Likewise, I expect to see Vince McMahon continually lauded when his time comes, presented as a pioneer rather than an agent of exploitative capitalism.

I don’t want to imply that I think Moolah should be less reviled — but rather that Vince McMahon receives less than he deserves. They’re two peas in a pod as promoters who benefited by treating wrestlers like resources rather than people — crushing dreams and destroying lives as they went. It’s easy to look at the whole of wrestling we have now, including all these great women wrestling under more progressive promoters and decent trainers, and say that we wouldn’t have all that without him. Just like it’s easy to try to erase Moolah’s abusive history to say she’s a pioneer who promoted women in wrestling when no one else would.

In both cases, to so would be reductive. Perhaps instead we should consider what more we could have had by now without their toxic control over the industry.